What an amazing, busy and exciting week!

We have had History off the Page on Tuesday and what an amazing experience it was. From being in a 1940s classroom and comparing how different it is to today to walking around a whole man-made town in our hall and paying in shillings, farthings and pence for real food and different products. What an experience.

Yesterday, we had a brilliant Mad Science assembly where we learnt all about preserving our water. Did you know that if you turn the tap off when you brush your teeth you can save a whopping 9 litres each brush?

Speaking of science, we were fortunate enough to have Mrs West from SJL come in to Elm Class to do a brilliantly engaging science investigation with tables and graphs and the children absolutely loved the experience.

Well done to Mrs Carter's English group for their speeches to their parents and friends this morning, a lovely experience they'll remember for a long time.

Don't forget next week Elm need to bring in their resources for their Anderson Shelters by Friday 14th please.

Enjoy your weekends,
Mrs Bath and the Year 6 Team :-) 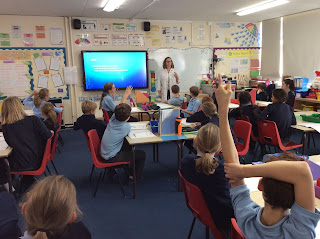 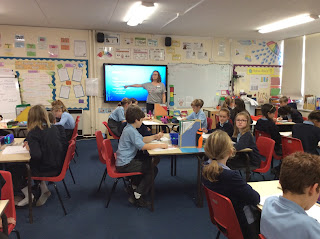 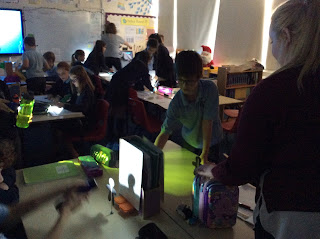 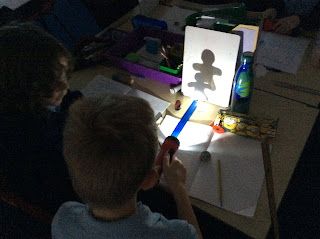 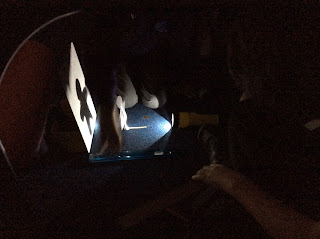 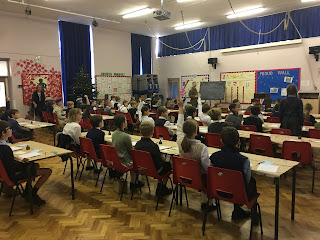 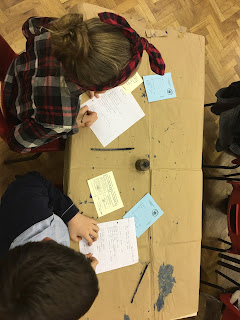 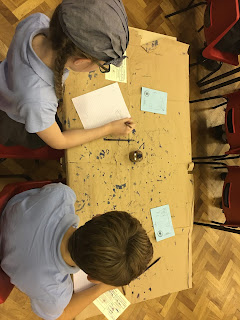 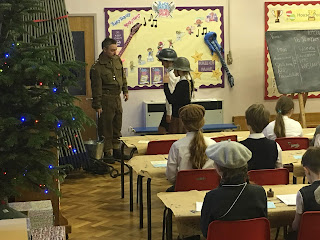 Posted by crabtreeyear6 at 4:26 pm

Well done year 6 for another busy week. Don't forget we have History Off the Page in 2 weeks (Tuesday 4th December) and everyone needs to come dressed up in WW2 costumes - hopefully you have some great ideas already. :-)

This week the children had their heights and weights measured and completed some questionnaires for the national statistics.

In English, we have been looking at the use of persuasive language and extending our sentences with the use of fronted adverbials and extended noun phrases. We are reminding the children about re-reading and editing their work carefully to always finish with their best piece and have been introducing editing stations to help them to focus in on specific skills. Please continue to encourage them to read as much as possible at home and discuss texts with them.

In maths, we are now looking at fractions and checking our understanding before applying our skills to some word problems and open ended tasks. Encourage your child to discuss fractions with you in their general day - for example, If there was half of our cake left and we share the rest between the three of us, what fraction have we had of the original cake?

Next Saturday (1st December) is the Christmas Fair. Hopefully if your child is running a stall they are all ready but if they still need anything we are happy to help. Looking forward to seeing you all there :-)

Following on from Anti-Bullying Week here are some websites you might like to look at with your son / daughter:

Many thanks
The Year 6 Team
Posted by crabtreeyear6 at 4:37 pm

Each class will do the 8 minute run in each half-term and look to beat their personal best.
An inter-house competition will be held at the end of each activity.
Everyone will take part in The World Cup Football Festival and Sports Day.
Posted by crabtreeyear6 at 10:13 am

Since our children are passionate about reading, we have been thinking about recommending books to one another. There is also a whole host of wonderful suggestions on the website : www.lovereading 4kids.co.uk. Here you can search by age group, you can also find best rated and those that are award winners. There are books on both the 9+ and 11+ section that would still appeal to the children in our group. You can see which would be more challenging as it indicates if they also appear in the 13+ section.

The children’s current recommendations are below and we will add to them in class on an ongoing basis: they are not listed in any particular order and I cannot say I have read every one myself so always scan and check that you are happy that it is appropriate for your child!


1) Malorie Blackman – A fabulous author who has been Children’s Laureate and often deals with issues that make the children think and elicit some interesting discussion. Be aware that she does also writes for older children and her Noughts and Crosses series may be better for when the children are older. The children chose:
* Thief
* Antidote
* Boys don’t cry
* Hacker
* Pig Heart Boy

* I shall wear Midnight
* Wintersmith

9) Joan Aiken –A well- known Children’s writer of many books that could be considered modern classics. (fantasy)

Has a wide range of books that will appeal to differing reading levels and ages. Our group chose the following as favourites

* Northern Lights – Part of Dark materials trilogy – The Golden Compass is the film version
* Ruby and the Smoke (action, detective)
* The book of dust

23) Maz Evans – Who Let the Gods Out? (I’m told it’s a super funny adventure and nominated for several awards.

25) Claire Fayers – Journey to the magical North (from 9+, Shortlisted for 2017 Children’s book of the Year) Includes Pirates, magic and adventure


28) Rick Riordan (Mythical adventures) There are many to choose from

29) Michael Morpurgo – There are many books by this author!

Posted by crabtreeyear6 at 4:02 pm

Hi again,
Here is some further information about our lovely experience day which is coming up next half term (Tuesday 4th December). It looks really exciting and, having used this company before, I'm sure the children will have a fantastic day. We do need 10 eager parent helpers for the afternoon session please (12.45-3.15) to make the scene setting work well (also dressed in costume if at all possible). If you are able to help please let the office know asap and we will make a list. Thank you in advance :-) The children also need to wear a costume to feel part of the day (hence the advance notice). Some ideas for simple costumes are below. Should you have any concerns about sorting a costume please let us know as soon as possible.

Many thanks
The Year 6 Team

It is October 1940, and the Luftwaffe’s bombing raids have switched from military to civilian targets — the Blitz has begun. 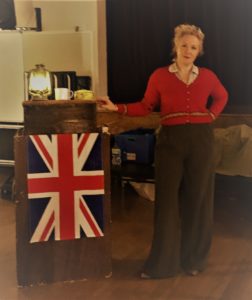 HM Government ordered your school to evacuate last autumn, and the children travelled by train to safety in the countryside as part of Operation Pied Piper. The children live in foster homes and will remain for an indefinite amount of time.
Due to school overcrowding, the children attend class only during the morning (local children attend in the afternoon). During class the children learn about war precautions such as war precautions, old money and rationing. The lessons receive reinforcement in the afternoon when the children visit our village shops, including a dairy, a butcher and a green grocer. How far will their ration books get them?

By the end of the school workshop, the children should have a good understanding of the cause and effect of the evacuations during the Second World War.

To make the most of your children’s day, please help us with the following:

Costumes need not be complicated — we suggest the following “homemade” alternatives:
Posted by crabtreeyear6 at 6:30 pm

Thank you to all the parents who came to the 'Meet the Teacher' evening a few weeks back. I hope you found it informative and feel prepared to support your child on their final year in primary school. It's a very busy but also very enjoyable 11 months. If you didn't manage to come along, hopefully you have had a chance to look through the slides and read the attached information sent out via the office.

I can't believe we are already 5 weeks into term but we are all extremely impressed with the amount of effort the children are putting into their learning, both at school and at home!! Well done Year 6!! :-) Please continue to support them with their homework at home by checking and editing it together and supporting them to correct if needed, or putting a post it note in their work to alert the teacher to any difficulties.

Should you wish to support them more at home we would suggest using the SATs Buster Books which you can easily buy from Amazon:
https://www.amazon.co.uk/s/ref=nb_sb_noss_2?url=search-alias%3Daps&field-keywords=CGP+SATs+busters
Plus reading with, and to, them is still invaluable. We will follow up with some book ideas to give you an idea of the level of reading and comprehension the children are expected to have. 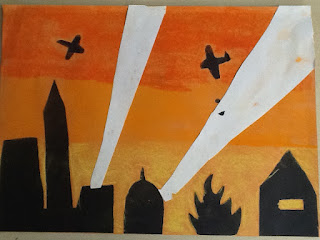 Elm are currently getting ready for their class assembly next week and starting us off with the new lower key sharing of what we have been learning at school. Hopefully lots of you are able to come along and share this with us.

In maths the children have been practising their understanding of place value and what each digit in a number represents and then moving on to column addition and subtraction. The groups are working well and the children seem very engaged with their work. 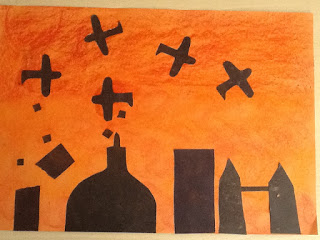 In English we have each started a unit of work and are working with the children to improve handwriting, grammar and punctuation, as well as the use of figurative language and senses to engage the reader in what we are writing.

The children have been really enjoying their topic lessons about WW2 and have created some wonderful art to depict London during the blitz (photos below), as well as looking at rationing and what life would have been like for children then. 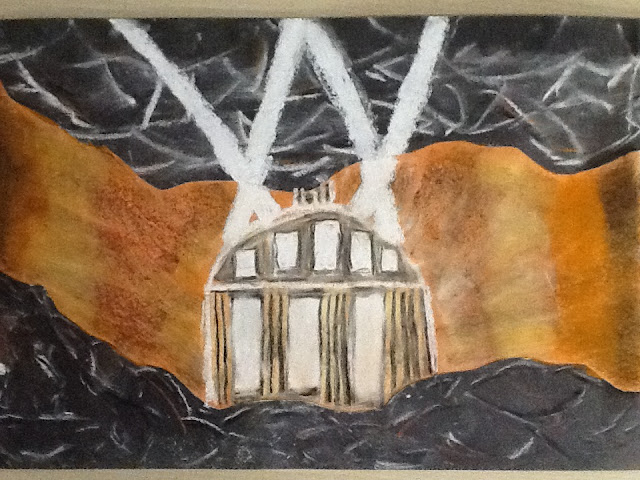 Posted by crabtreeyear6 at 4:22 pm

Our first week back has already begun with talking about the end of year assembly and play. The children have been given a scene to learn if they want a bigger role and will perform to us next week during some light-hearted auditions. We are in full swing with practising the songs for both productions and the children are very excited (as are we!) and they will get their parts very soon.

We have also continued with one of our projects called 'Anywhere Island' where the children have been creating a whole island, country and identity. They have really loved coming up with names, flags and have also done some beautiful creative writing based on what they first see when they step on the island and their first impressions.

In English, we have been covering a range of units including newspaper articles, fact files, WW1 football match creative writing and writing in role diary entries. We sat down to thoroughly look through all our writers work yesterday and were so pleased, proud and amazed at the mini authors we have in our midst; there are some truly talented writers and we are blown away by their talent and hard work.

We had Kate in for a hygiene talk on Wednesday and the children learnt how to take care of themselves from top to bottom, teeth to toes to keep healthy and clean bodies.

We're all really excited for Isle of Wight and know the children are too.

Enjoy the sun and your weekends together.
Mrs Bath and the Year 6 Team :-)
Posted by crabtreeyear6 at 3:34 pm